“Volkswagen Motorsport South Africa together with Squadra Corse have invested in the future of motorsports in South Africa.”

With a proud 40-year history that has seen the People’s Car investing in racing drivers such as Sarel van der Merwe, Tschops Siphuka, the late Gugu Zulu and recently the likes of Keagan Masters and Jonathan Mogotsi; Volkswagen Motorsport has announced a partnership with Squadra Corse to make motorsport more accessible in South Africa.

Squadra Corse, which was established in 2012 by Team Principal Mpho Elijah Gumbi, has a vision of achieving success within motorsport by growing the sport to include, but not limited to, young black drivers.

The Squadra Corse model starts off drivers in the karting circuit. The organisation has children as young as five years competing in the karting division and the age groups go up to 18 years of age. Squadra Corse also has drivers competing in the main circuit in the Super Hatch as well as in the national Oettinger Polo Cup with driver’s Nathi Msimanga (16) and Reaobaka Komane (18) who are challenging the championship in the Volkswagen Polo GTI’s.

Volkswagen Motorsport, through its Motorsport Academy will nurture the young drivers to become competent and successful racing drivers. They will also receive coaching, not only on driving, but on media relations, nutrition as well as fitness,
concluded Rowe. 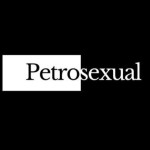